I attended our Fourth of July parade this morning. 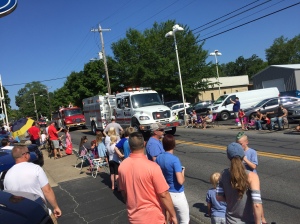 Nothing says America like a small town July 4th parade with firetrucks and flags and police cars and tractors and the kazoo band and local pols who, for a day at least, turn down the rhetoric and toss out candy while seeking votes. I love it.

I also love this county, burrs, flaws and all. But while enjoying the parade and chatting with a few friends I grew somewhat annoyed, then angry, at us. All of us. We deserve better from those we elect to lead us. Regardless of where any of you stand politically, we deserve better. Stop pointing fingers, stop complaining and demand better. I will. 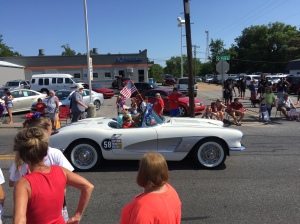 I believe that the vast majority of Americans are honest, welcoming, decent, fair-minded, hard-working people who care for their families, look out for others, pay their taxes, worship as they chose and do their best. We don’t deserve the snark and finger-pointing and back biting and half-truths and outright lies that seep like toxic waste from our political arenas, be it national, regional, state, county or city. We’re being poisoned by it. Demand better. We deserve better.

Sunday night surprise: daughter Rebecca dropped by and prepared dinner for Katy and I. Delicious!